A dominant predator in it's environment!

Click through all of our Brown Bear images in the gallery. 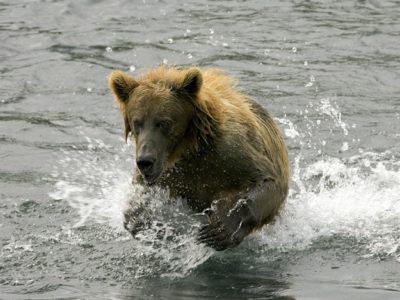 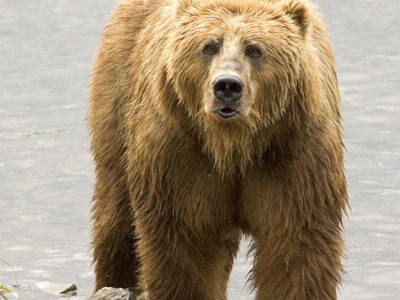 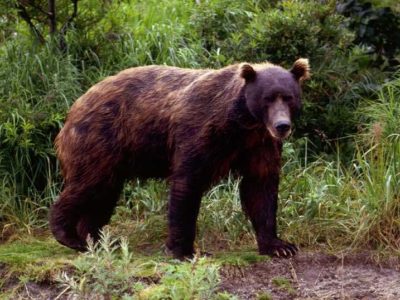 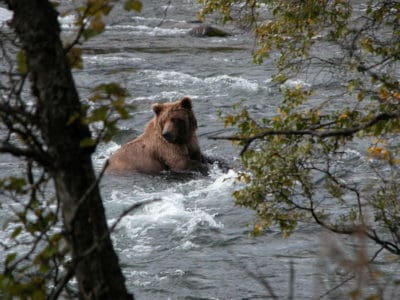 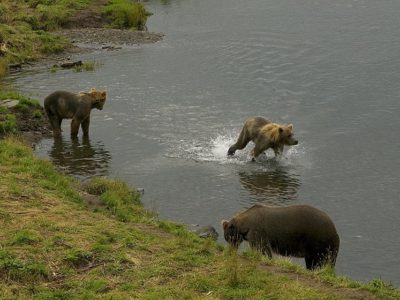 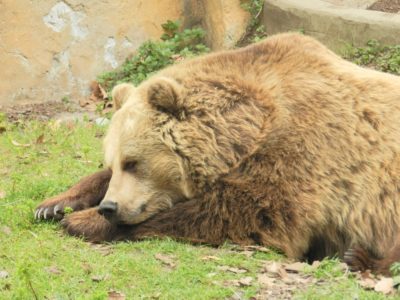 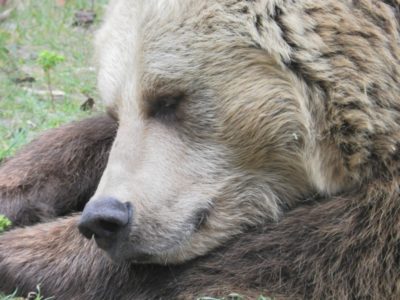 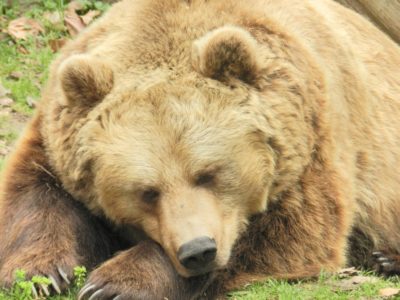 View all of the Brown Bear images!

Brown Bears are animals that are found in many parts of North America and Eurasia, where the bears inhabit wooded and mountainous areas. The brown bear is also the national animal for a number of states in North America, Europe and Asia.

The brown bear has the name of Ursus arctos and is a type of mammal. The name Ursus is derived from the Latin, which means “bear.” Both “ursus” and “arctos” mean bear, with “arctos” being the Greek term for this animal.

The term “Grizzly Bear” is called Ursus arctos horribilis. It is a subspecies of the brown bear and was named because the bear was somehow interpreted as “grisly or horrible”, instead of the term for the coat being grizzled with streaks of gray.

Brown bears are extremely large animals. Brown bears can grow to be five to eight feet tall and weight approximately 700 pounds. This means that the brown bear weight is about 75 percent as heavy as an Arabian horse, which weighs 930 pounds. Though some can be even larger. An Alaskan brown bear can weigh as much as 1500 pounds.

In the spring after hibernation a brown bear may weigh much less. To make up for this, the bear may eat as much as 90 pounds of food per day to gain weight for the coming winter and its hibernation.

They tend to be solitary animals; females and their brown bear cubs gather together and, at times, are known to congregate, especially at Alaska fishing spots. A group of bears is called a sloth or sleuth, but brown bears mostly live alone.

In winter, brown bears are animals that dig dens for hibernation, which are often found on hillsides.

Brown bears are very fast and are known to reach speeds of 30 to 40 miles per hour; as much as 30% faster than the top speed of the fastest human, Usain Bolt. If they are surprised or if a human gets between a mother and cubs, they can be dangerous. The brown bear is also known to be an exceptional swimmer.

Brown bears live in the forests and mountains of the northern parts of North America, Asia and Europe. In Europe, they are found mostly in woodlands of the mountains. Siberian brown bears prefer the forests, while in North America, they call the alpine meadows and coastlines home.

Wherever they are, the brown bear prefers a habitat that has dense cover where they can feel safe and secure by day.

Brown bears are omnivores; they are also top-of-the-food chain predators. They eat other animals such as rodents or moose. A large portion of their diet, however, consists of nuts, berries, fruit, leaves, and roots.

They also enjoy fishing for salmon and crave the fats that can take them through the long winter of hibernation. Before it hibernates, the brown bear bear has been known to eat as much as 90 pounds of food per day.

As the one of the largest of the omnivores the brown bear today does not have to worry about being eaten. They must worry about other brown bears. However, there are also other threats.

In the past, brown bears were threatened by big game hunters, as trophies, and their hides and meats were used.

Poaching can be a problem. In Asia, some think that the bear gall bladder has medical benefits, although there is no evidence that this is true.

Logging, mining and deforestation as well as destruction of habitat threatens the brown bear population. Human-and-bear conflict has been an issue, as bears can interfere with roaming livestock, water supplies, fruit orchards and trash bins.

Males may fight over females when mating and will guard the female for one to three weeks. They mate from May to July.

Females go into the den while pregnant; they give birth during the winter rest and usually have a pair of cubs. The brown bear cubs will nurse on their mother’s milk until spring and the thaw. They will then stay with her for more than two years.

Female bears only reproduce once in three years, as they are busy with their young cubs until the little cubs are on their own. Cubs are born blind and naked but are soon on their way to growth. By 6 months, the brown bear weight can be 55 pounds or 25 kilograms.

In the wild, brown bears can live as long as 20 to 30 years; however, many brown bears die earlier.

It is thought that there are now approximately 200,000 brown bears left in the world. They are the largest living carnivores, although often thought of as omnivores, and have high priority on the conservation list.

Within the United States, in Glacier and Yellowstone National Parks, you can see brown bears. Those are the only places in the country where they live; however, there is an effort, through brown bear reintroduction programs, to bring this bear back.

Russia has the highest number of brown bears, with a population of over 100,000.

The Carpathian Mountains have a large population; countries include Slovakia, Poland, Ukraine and Romania. Other places that have brown bear populations include Palestine, eastern Siberia and the Himalayan region. They are also possibly in the Atlas Mountains of northwest Africa and on Hokkaido, an island in northern Japan.

Brown Bears are Omnivores, meaning they eat both plants and other animals.

What Kingdom do Brown Bears belong to?

What phylum do Brown Bears belong to?

What class do Brown Bears belong to?

What family do Brown Bears belong to?

What order do Brown Bears belong to?

What genus do Brown Bears belong to?

What type of covering do Brown Bears have?

Brown Bears are covered in Fur.

In what type of habitat do Brown Bears live?

What is the main prey for Brown Bears?

What are some predators of Brown Bears?

Predators of Brown Bears include humans, wolves, and cougars.

What are some distinguishing features of Brown Bears?

Brown Bears have powerful forearms and hibernate in the winter.

How many babies do Brown Bears have?

The average number of babies a Brown Bear has is 3.

What is an interesting fact about Brown Bears?

Brown Bears are a dominant predator in their environment!

What is the scientific name for the Brown Bear?

The scientific name for the Brown Bear is Ursus Arctos.

What is the lifespan of a Brown Bear?

How fast is a Brown Bear?

A Brown Bear can travel at speeds of up to 35 miles per hour.