Click through all of our Chickadee images in the gallery. 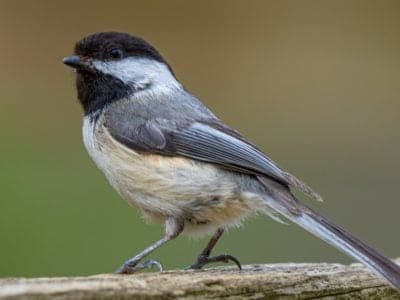 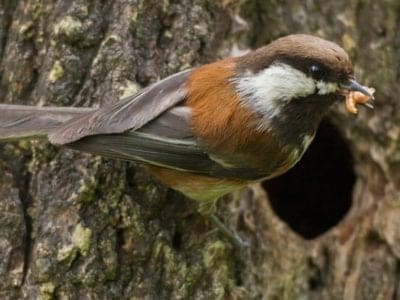 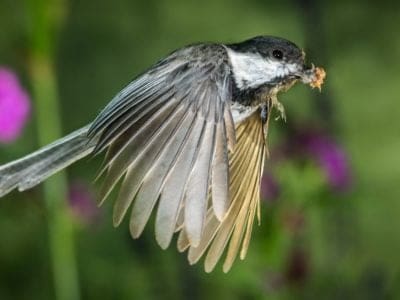 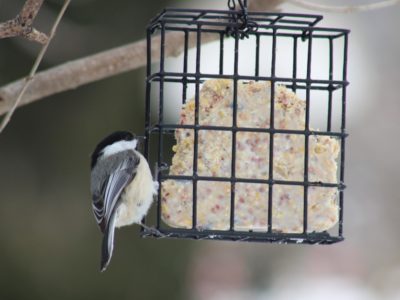 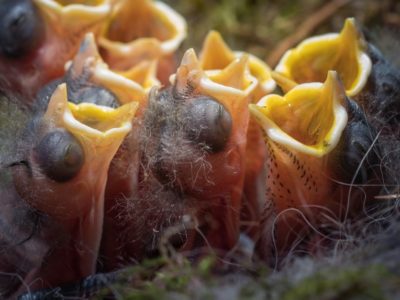 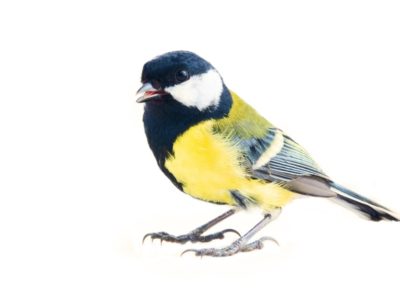 View all of the Chickadee images!

“Chickadee species are named for their plumage, their location, and their warning call or song.”

Chickadees are a familiar North American feeder bird. They can be seen in backyards across the continent, making “fee-bee” and “chick-a-dee-dee-dee” songs and sounds. These friendly birds are easily recognized by their striking black and white markings. The variations between species are subtle – can you tell them apart?

Where To Find Chickadees

These birds are common throughout North America, from the east coast to the west coast and from Canada to northern Mexico. Their preferred habitat is mixed deciduous and coniferous forests, but they have adapted well to parks and neighborhoods.

You can attract these birds to your own backyard. If you put out a seed feeder, they are sure to arrive daily. You can also mount a birdhouse on a tree to encourage them to nest nearby.

These birds are cavity nesters. They like to build nests in tree holes or similar structures, such as a birdhouse, located 10 to 15 feet off the ground. Often, pairs will excavate several potential nest sites before selecting the one they will use. They nest in the tree’s soft, rotten wood, building a nest of moss and soft materials over the course of several days. Nesting season runs from April through June each year.

There are seven species of these birds in North America. They belong to the genus Poecile of the family Paridae, order Passeriformes. There are also similar-looking members of this genus in Europe. There, however, they are called tits or titmice rather than chickadees.

Some of the most common chickadee species include:

All species have a distinctive appearance, grey coloration with, black, and sometimes rosy markings. One of the most common species is the black-capped chickadee. It is 5 inches (12 cm) long, with a dark cap and bib, for which it is named. A few species, such as the chestnut-backed chickadee, have prominent reddish-brown markings. The smallest is only 2.4 inches (6 cm) long.

In the fall and winter months of August through February, these birds gather in small flocks. These may include other types of birds, including downy woodpeckers, nuthatches, and tufted titmice. As spring arrives, couples break away from the flocks in order to mate and raise their young. These birds do not migrate but stay near their breeding grounds year-round.

These birds maintain their body temperature during cold weather by fluffing their feathers and restricting blood flow near the skin. On very cold nights, they survive by entering a state called torpor – a type of suspended animation in which the metabolism slows down and the body temperature drops by about 10 degrees. The “frozen” birds wake up when temperatures rise.

Because of their diet, these birds are a sure bet for your birdfeeder. At a feeder, they often take turns, feeding one at a time. They also have a unique behavior called caching – they store food in crevices or under twigs. They may return to it up to a month later.

These birds often form “bird guilds,” foraging in a flock with several other species. These birds get along because they all hunt for food in different ways. The chickadees in the flock become excited when a tasty morsel is found and concentrate their efforts on that location.

What Do Chickadees Eat?

These birds love to eat seeds, insects, and berries. During the nesting season, they also consume insect larvae and eggs. Fifty to 80 percent of their diet consists of insect protein.

As a small bird, they must look out for predators from above. These include shrikes, hawks, and owls.

Eggs and baby birds are most at risk from tree-climbing mammals such as cats and raccoons. Snakes are also a danger. The fact that these birds prepare multiple nest sites helps them avoid predators. If a predator finds their nest, they will build another some distance away.

Birds of prey are most likely to hunt adults. Cats are another common predator.

These birds do not have elaborate mating rituals, but males will attempt to chase rival males from their territory. After selecting a nest site, the female lays six to eight white, speckled eggs. She incubates the eggs for about 12 days while the male brings her food.

Once a baby hatches, the female will continue to warm it constantly for several days. Both the male and female birds feed the young, which leave the nest after 16 days. Only 20 percent of chickadee chicks survive their first year.

These birds typically have a lifespan of two to three years, but they can live much longer. In 2011, a bird was recaptured that had been banded nine years earlier. It was thought to be two years old when banded, reaching a full age of eleven and a half years.

While exact numbers of black-capped, Carolina, boreal, and other chickadee species are unknown, backyard bird counts in recent years indicate that their population is on the rise. Populations decreased in the early 2000s due to the West Nile virus, but have rebounded in recent years. The bird’s conservation status is unlisted or unknown; it is not currently an animal of concern.

What Birds Are Similar to Chickadees?

Where Do Chickadees Live?

Chickadees live in forests, backyards, and parks across North America. Their range extends from southern Canada to northern Mexico, and from coast to coast. The grey-headed chickadee also has a range in Eurasia, where it is called the Siberian tit.

How Big Are Chickadees?

Chickadees are small birds. They range from 2.5 to 6 inches in length.

No. Chickadees overwinter in their home ranges, meaning they can be observed year-round.

How Many Eggs Do Chickadees Lay?

Chickadees typically lay between 5 and 8 eggs per clutch.

How Fast Do Chickadees Fly?

A black-capped chickadee’s flight speed is 12 miles per hour (20 km/h).

What Is a Chickadee's Wingspan?

When Do Chickadees Leave the Nest?

Baby chickadees leave the nest about 16 days after hatching.