When you cross a Persian feline and a Siamese feline, you get the beautiful Himalayan.

Click through all of our Himalayan images in the gallery. 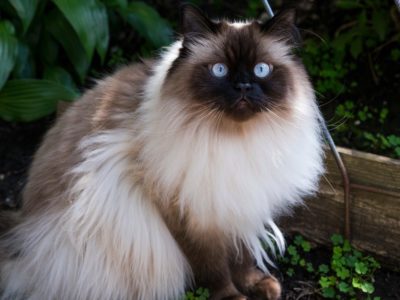 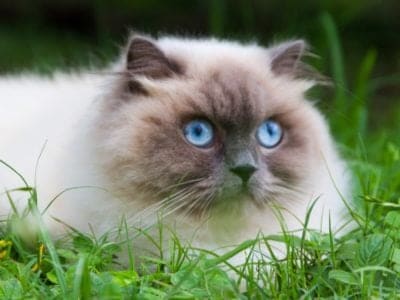 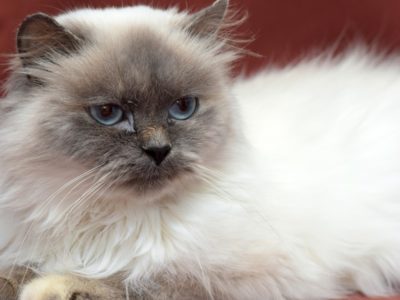 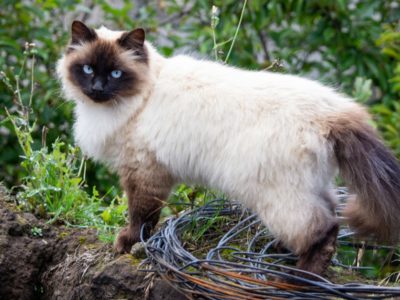 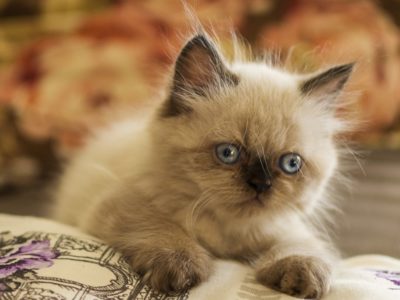 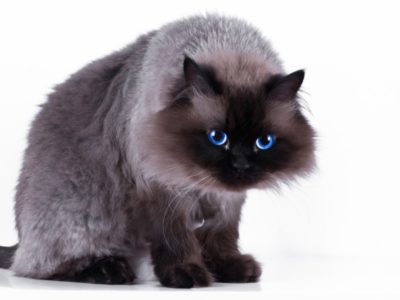 View all of the Himalayan images!

When you cross a Persian feline and a Siamese feline, you get the beautiful Himalayan. These animals with their solid-colored bodies look like they are wearing a mask because of their points. They are a loving family animal that adores being the center of attention.

Traits: What to Know Before You Buy

Before you buy a Himalayan, there are several factors, you should keep in mind:

The Himalayan cat is most happy when on its owner’s lap. You can expect it to want to be with you or another member of the family constantly. At the same time, most do not suffer from separation anxiety, so you can leave it to work. Expect to hear some vocalizations, however, if you leave the Himalayan cat alone for too long. This cat’s loving personality means that it wants to be included in everything.

Himalayan cats often make great pets for children as long as they have some supervision to teach the child how to act around a cat. Many Himalayans have been seen being pushed around in baby strollers while wearing cute clothes. They have a fun-loving personality that loves being the center of attention.

These cats have short periods when they can be highly active. Then, they can go right back to sleeping in the sun. They want you to occasionally acknowledge their presence with a soft rub or by talking to them, but they can easily entertain themselves.

Breeders report that Himalayans with flame or flame-lynx points are often higher strung than those with other color variations. If you have an active family, then this may be a great choice. Alternatively, if you are looking for a mellow lap cat, you may want to think about other color choices.

Breeders initially crossed a Persian cat with a Siamese cat to produce the Himalayan. By comparison, male Persians should weigh between 9-and-12 pounds while females weigh between 7-and-11 pounds. Therefore, you can expect your Himalayan to be about the same size or a little bit bigger.

Male Siamese cats weigh between 8-and-12 pounds. Female Siamese cats should weigh under 8 pounds. Therefore, you can expect your male Himalayan cat to be about the same size while your female should be slightly bigger.

The Himalayan cat will reach its full size at about two years, much later than many domestic cat breeds. Since they are heavy-boned cats, it takes their bones longer to mature.

If you are looking for other cat breeds that will grow to be about the same size, you may want to consider Exotic Shorthairs or Chinchillas. Alternatively, either the Persian or the Siamese can make a great addition to your home.

The cost of Himalayan cats ranges from $200 to $2,500 depending on many different factors.

You can find Himalayan cats from reputable breeders starting at about $1,000. Some of these are kittens who make great pets but will not do well in a show arena. If you are interested in showing Himalayan cats, then you can expect to pay more. There are about one or two breeders in each state, with many having over 20 years of experience in raising this breed.

If you are looking for an adult show cat, then keep in mind that their previous winnings and the winnings of their parents can affect the price.

Remember that the initial cost is only the starting price. You will have to pay the cost of food, vet bills, toys and treats.

If you consider a Himalayan kitten, do not be surprised if it is hard to spot their points. They are not visible at all when the kitten is first born. The first hint of points will appear when the kitten is a couple of years old, but they will not be fully apparent until it is 12-to-18 months old.

Himalayan cats usually have liters of three-to-six kittens. Each should be born with blue eyes and pink noses. These felines are usually about average size. Instead of being born bigger than other breeds that they eventually outgrow, it takes the Himalayan longer to mature.

Expect Himalayans to have a smaller litter if it is their first litter. Litter size usually increases with experienced moms.

Himalayan kittens are great around children. One breeder of 20 years in California talks about how she often visited her grandparents in Iowa during summer vacations. She was about seven when a mother Himalayan, decided to give birth on her lap. It was at that moment she knew that she wanted to be a breeder.

The Himalayan breed was developed from the Persian and Siamese cat breeds. Both of these breeds are among the longest-living cats. On average, the Persians live 15 to 20 years. The Persian may develop some stomach issues as it ages, which can also be true of the Himalayan. The Siamese breed also lives to be between 15 and 20 years old. Therefore, it should be no surprise that the Himalayan is one of the longest living cat breeds.

While breed stands call for a smashed face without an extended nose, this can lead to respiratory issues in some Himalayans. Their unique chubby faces are also more suspectable to cherry eyes and dental problems, which can become tougher to manage as the cat ages.

If a Himalayan cat does not have points, then it may be a mixed breed. These points are darker colors around ears, facial mask, legs, paws, and tail. They should also have the paw and nose pad color that goes with their coloring.

All Himalayan cats have blue eyes. If the cat has eyes of a different color, then you can suspect that they are a mixed breed.

The Himalayan cat is a long-haired cat. In fact, in 2014, Colonel Meow was named the cat with the longest hair by the people at Guinness World Records. His hair measured 9 inches long. While not every cat will rival Colonel Meow for hair length, if the cat does not have long hair, it is not a purebred Himalayan.

Himalayan cats also have a double coat. There are short hairs under the long ones. If you let the cat go a couple of days without brushing it and do not find a matted undercoat, it is probably a mixed breed cat.

If the animal is grey, then it is a mixed breed. There is no such thing as a grey Himalayan. Therefore, the grey color is a dead giveaway that it is not a pedigreed Himalayan.

Types of Himalayan Cats and Colors

Various organizations recognize many different colors of Himalayan cats. When the Cat Fanciers of America first approved the breed in 1959, they approved three point colors, and they remain popular today. They are:

Then, the association added flame and torte points in 1964. Flame points are deep orange flame to deep red points on creamy white cats. These white cats should have coral pink nose leather and paw pads. Cats who have torte points should be seal with undisturbed patches of red or cream. This is one of the few color combinations where cats can have coral pink or seal brown nose leather and paw pads.

The color choices expanded again in 1972 with blue-creams, which features blue with patches of cream and again in 1979 with the addition of creams, which are buff white on a cream body. Since then, the organization has expanded to include many different point colors.

Are Himalayans herbivores, carnivores, or omnivores?

Himalayans are Omnivores, meaning they eat both plants and other animals.

What Kingdom do Himalayans belong to?

Himalayans belong to the Kingdom Animalia.

What phylum to Himalayans belong to?

Himalayans belong to the phylum Chordata.

What class do Himalayans belong to?

Himalayans belong to the class Mammalia.

What family do Himalayans belong to?

Himalayans belong to the family Felidae.

What order do Himalayans belong to?

Himalayans belong to the order Carnivora.

What type of covering do Himalayans have?

Himalayans are covered in hair.

What genus do Himalayans belong to?

Himalayans belong to the genus Felis.

How many babies do Himalayans have?

The average number of babies a Himalayan has is 4.

What is an interesting fact about Himalayans?

The Himalayan is also known as the Colourpoint Persian!

What is the scientific name for the Himalayan?

The scientific name for the Himalayan is Felis catus.