Ownership of this dog was once restricted to the Hungarian nobility

Fun Fact
Ownership of this dog was once restricted to the Hungarian nobility
Temperament
Brave, loyal, and fearless
Diet
Omnivore

Click through all of our Kuvasz images in the gallery. 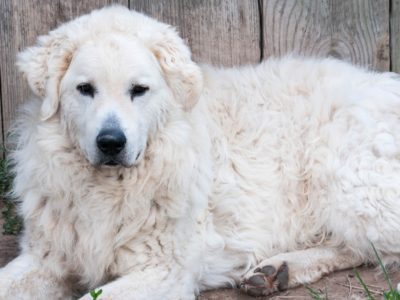 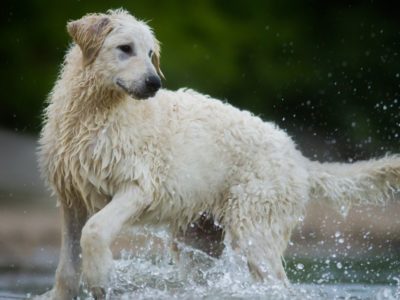 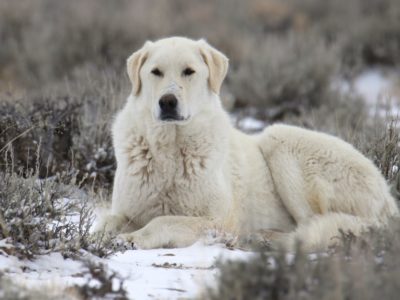 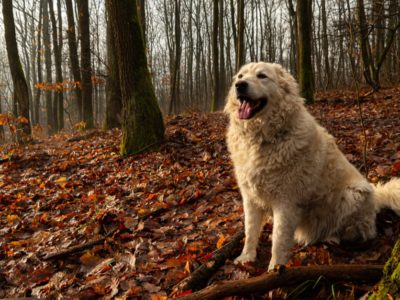 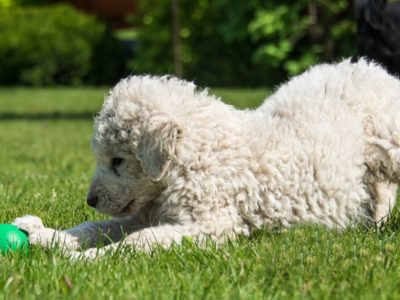 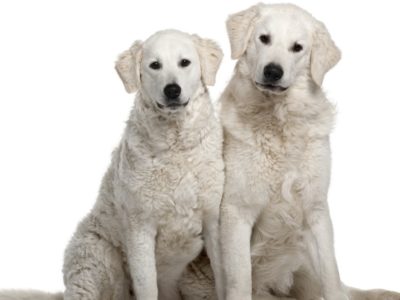 View all of the Kuvasz images!

The Kuvasz (pronounced koo-vahz) is a big, strong Hungarian working dog whose main task was originally to guard livestock. The history of this breeds dates all the way back to Middle Ages, when the nomadic Magyars (the ancestors of modern Hungarians) settled in the Carpathian Basin. They brought with them large working dogs from the east, possibly as far as Tibet.

These dogs were initially popular among livestock owners, but as their notoriety grew, ownership was eventually restricted to the nobility. It took until the 19th century before anyone established a breed standard. Although the Kuvasz was recognized by the American Kennel Club in 1931, the following decades brought devastation to its native land of Hungary. Only 30 dogs were salvaged from the wreckage of World War II when it was deliberately targeted by invading soldiers. Today, after decades of dedicated breeding, the Kuvasz is prized as both a companion and guard dog.

The Kuvasz is characterized by a wedge-shaped head, almond-shaped eyes, and drooping ears. The luxurious all-white consists of two layers: outer guard hairs and a finer undercoat. This makes it very thick and somewhat coarse to the touch.

Despite their very different geographical range (the Great Pyrenees, as the name suggests, originated near the Pyrenees region of southern France), the two breeds are thought to be very closely related. Both of them have big bodies, thick white fur, and protective personalities. The main difference is that the Great Pyrenees has a wider head, heavier bones (thus more cumbersome movement), patches of gray or tan fur, and a double dew claw on the hind foot.

3 pros and cons of owning a Kuvasz

The Kuvasz is a big, burly dog with a muscular frame. Males tend to be significantly larger than females.

Health and Entertainment for your Kuvasz

The life expectancy for this breed is 10 to 12 years. To maximize the chances of a long and healthy life, there are a few things you can do. First, the quality of the breeder always matters. Ask the breeder for proof that their dogs have been screened for common genetic health disorders and do not settle for less. Second, you should find a good vet in your area and schedule regular checkups. In summation, these are the most common health problems:

The Kuvasz is a brave, spirited dog with a personality well-suited for work or guard duty. While a little wary and suspicious of strangers, this breed will also form a very strong bond with members of the family. Despite their enormous size, they are sensitive souls, very responsive to both praise and blame. They have an independent streak and may suddenly act on their own. This can be good if the situation calls for bold action, but not everyone may appreciate this behavior. Their barking is also relatively limited for a guard dog.

How to Take Care of the Kuvasz

The Kuvasz is probably not a great choice for owners who want a simple low-maintenance companion. This is a pure working breed that will likely demand a lot of its owner’s time and attention. Likewise, it’s not really suitable for apartment living. Owners should ideally have a suitable house with a fenced yard. If you have any other questions or concerns about your dog’s care, then you should consult with your vet.

The Kuvasz needs around 3 to 3.5 cups of high-quality dog food per day. This amount may change slightly based on your dog’s size, age, and activity level. Owners will need to be careful about how much they feed their dog, because this breed does have a tendency to gain weight and experience bloating (a very serious and potentially life-threatening condition in which the stomach is unable to expel air). It’s a good idea to leave out only two meals a day and limit the number of snacks.

Despite its thick double coat and its tendency to shed, the Kuvasz only requires weekly grooming with a simple slicker brush or pin brush to remove loose hair and debris. If the fur becomes matted, then it might be a good idea to use a larger toothed comb and a conditioning spray to work out the mats. This should be combined with the occasional bath to clean out dirty fur. You should also trim the nails about once a month if they are not naturally worn down. Finally, brush its teeth with a suitable toothpaste at least two or three times a week to prevent disease and bad breath.

The Kuvasz has earned great acclaim for its high intelligence and the speed at which it learns to perform lots of different tasks and human commands. That does not necessarily make them easy to train, however. This breed’s strong independent streak will probably assert itself often during the course of training.

Owners will need to exercise patience and consistency in their training methods to overcome the breed’s natural tendency to act on its own. There is unfortunately no easy way around this, because early training is an absolutely necessity with this breed. If you’re struggling to get a handle on the training process, then you might want to enlist the help of someone who really understands a dog like the Kuvasz.

Given its enormous strength and power, it’s no surprise these big dogs need a lot of daily exercise to maintain proper physical health. Owners should ideally have a fenced yard to give them plenty of space for free roaming. They’re also good at sports, fetching, and agility challenges.

Kuvasz pups will need rigorous training and socialization from the moment they’re brought home by the owner. Training will help with discipline, while socialization (like parties, dog parks, or doggie daycare) will help curb your dog’s natural suspicion of strangers.

Another important thing to keep in mind about Kuvasz pups is that they need plenty of time to adapt and grow physically. Owners should limit the length and intensity of exercise during the first year or even two of their lives. Running and jumping around on hard surfaces is particularly problematic and could lead to injuries. Finally, crate training is a good way to help your pups deal with anxiety and housetraining, though it’s not strictly necessary.

The Kuvasz and Children

The Kuvasz is very friendly and protective toward younger members of the family, but keep in mind that it may mistake some child’s play as aggression. If your kid is playing with friends, for instance, then the dog may step in and think it’s protecting your child. Adults should supervise any and all interactions between dog and kids.

Dogs Similar to the Kuvasz

If you are a fan of large working dogs, then you might want to consider one of the following breeds:

The Kuvasz is unfortunately not well-known outside of its native Hungary, but there are a few famous examples. Matthias Corvinus, a 15th-century king of Hungary and Croatia and certainly one of the most famous figures in the country’s history was said to keep a large number of these dogs in his court, sometimes trusting them more than his actual guards. More recently, the 1996 Disney film “Homeward Bound II: Lost in San Francisco” featured a supporting role from a Kuvasz named Delilah. She was voiced by the actress Carla Gugino in one of her earlier roles.

Popular Names for the Kuvasz

If you are still searching for an appropriate dog name, then you might want to consider the following options:

What is a Kuvasz?

The Kuvasz is a big working and guard dog that first originated in Hungary during the Middle Ages. While very loyal and protective toward members of the family, this dog does have a natural suspicion of strangers. It also requires a lot of physical space and attention from its owner.

How much does a Kuvasz cost?

The normal price of a new Kuvasz puppy is usually somewhere around $1,200 to $1,500. From a top breeder, the price can easily exceed $2,000. If you’re intent on adoption, however, the price is usually a lot less. It might be possible to find this breed at a local adoption shelter, but these dogs are quite uncommon. You might have better luck with a Kuvasz-specific adoption group.

The Kuvasz can be a little aggressive toward strangers, but this behavior can be properly mitigated with proper training.

Is a Kuvasz the same as a Great Pyrenees?

The Great Pyrenees, also known as the Pyrenean Mountain Dog, is a separate breed of working dog that originated in southern France, but it does look and behave a lot like the Kuvasz. The two breeds are thought to be closely related.

Will a Kuvasz protect you?

Yes, the Kuvasz is one of the best guardian dogs an owner can buy.

What is the best environment for Kuvasz?

The Kuvasz should do best in spacious homes with enclosed yards. These large behemoths are not as well-suited for the cramped confines of apartment living.

What other breeds is the Kuvasz mixed with?

The Kuvasz has been mixed with Poodles, Labrador Retrievers, Border Collies, and German Shepherds to produce many interesting mixed breeds.