Click through all of our LaMancha Goat images in the gallery. 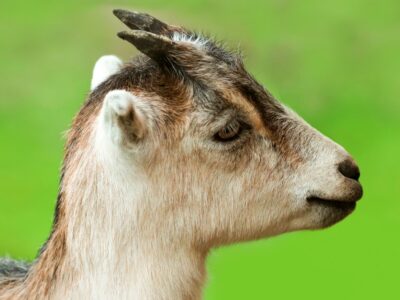 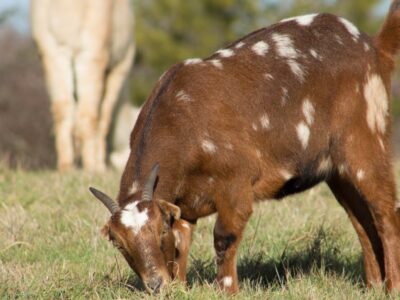 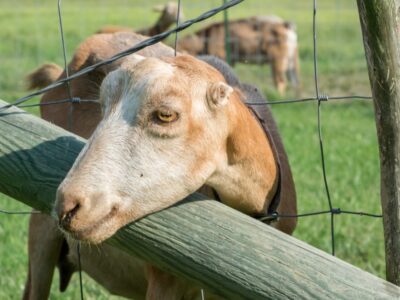 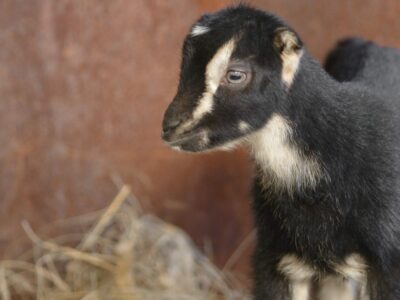 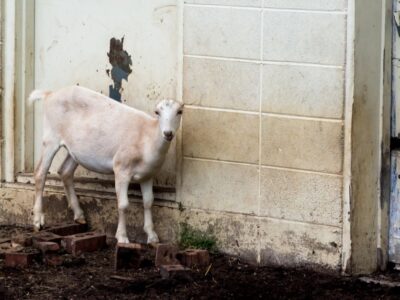 View all of the LaMancha Goat images!

LaMancha goats are full-size dairy goats with a mild temperament.

Sometimes called American Lamancha or simply Lamancha, these goats are distinctive for their tiny ears. They are excellent milk producers, and their milk is highly nutritious.

For these reasons, LaMancha goats are among the most popular dairy goats in the U.S.

The origin of LaMancha goats goes back to 18th-century Spanish missionaries, who brought small, hardy goats they called “LaMancha” to what is now the U.S.

Eula Fay Frey was an American woman who went into goat farming after learning about the health benefits of goat’s milk. In 1937, she purchased a dairy farm in California that had two short-eared goats in its herd of 130. They were the descendants of the original LaMancha goats from Spain.

Frey discovered that these short-eared goats were excellent milk producers. After crossbreeding them with other goats, she created a large, docile, productive breed she named the American LaMancha goat. The breed became an official goat breed in 1960.

These goats have short, glossy fur and come in all the common colors you’ll find in most goats. They can be gray, black, brown, reddish-brown, or white. Many LaMancha goats have symmetrical spots in varying colors on their heads, and almost all have a black stripe along their backs.

The most noteworthy characteristic of a LaMancha is its tiny ears. Unusual for goats, these mini ears have their own classifications that depend on the ear’s size and shape.

According to the American Dairy Goat Association, both ear types qualify a goat as an official member of the LaMancha breed.

These goats are hardy animals who can adapt easily to almost any climate. Like all goats, they must be protected from cold, wet weather because they can’t regulate their body temperatures if their hair gets wet.

They have easygoing, docile personalities that make them manageable for most farmers. Their intelligence and sweet temperament make them ideal pets. If they’re well treated, they can become attached to humans.

These sociable goats need good fencing because their affectionate natures will cause them to follow their human caretakers around rather than staying in their pasture. Fencing is also important to keep out predators.

These goats are sociable animals who like being in a herd or family group.

These goats live on farms. They are ideal for first-time farmers or small farms because their docile, friendly nature makes them easy to manage.

Although they are highly adaptable to different conditions, they need protection from wetness and cold. All LaMancha goats need a shelter like a barn or other protective structure.

These goats eat brush, sticks, grasses, shrubs, and other natural vegetation. Most farmers supplement their goats’ diet with fresh hay. The best diet for all goats is 7% dietary crude protein and 50% dietary fiber.

Goats have a reputation for eating everything, but they prefer natural, healthy food. Good treats for LaMancha goats include fresh fruits like strawberries and watermelons, fresh vegetables, and black oil sunflower seeds.

These goats like to forage, but it’s important to keep them safe from predators. Despite their large size, they are easy prey for wolves, mountain lions, coyotes, and other large predators. Their young can be prey for large raptors, including eagles.

People who own these goats should:

Because they lack a protective flap, these goats’ mini ears can also be vulnerable to infection. Regular care of their ears should be a routine part of caring for these goats.

These goats have a lifespan of 7 to 10 years, which is shorter than the 10 to 15 years of most goat breeds.

These goats in the U.S. typically mate from September through March, depending on the local climate. They prefer to mate in cool weather.

Although many of these goats reach sexual maturity in a few months, it is not a good idea to breed them this early. Most goat experts recommend waiting until both males and females are at least a year old to ensure they’re fully mature.

After mating, the nanny will gestate for about 150 days. Typically, she will give birth to one to three babies. Baby goats weigh from 5 to 9 pounds each. Bucklings and doelings grow quickly. They can put on 10 to 12 pounds a month for the first six months of their life.

Since females can keep producing milk for two years, it’s unnecessary to “freshen” or rebreed the goat right away. It’s a good idea to keep the male goat away from the does until you are ready to breed them.

They are found in farms all over the U.S., where their uses range from dairy to goat shows.

Mini Ears for a Mighty Goat

LaManchas are hardy, productive goats with outstanding temperaments. Their unique ears, sweet temperament, and excellent milk have made them a popular choice for people who want dairy goats, pets, or show goats.

What Is a LaMancha Goat?

A LaMancha goat is a large goat that was bred to produce large amounts of highly nutritious milk. Its origin goes back to short-eared goats from Spain.

What Is a LaMancha Goat Used For?

They are primarily dairy goats, but some people use them as pets or as show goats. Almost no one uses them for meat.

They are excellent pets.

LaMancha goats have calm, cooperative personalities and will form strong bonds with humans. They respond well to petting, treats, and other signs of human attention. Their coats come in many attractive colors. Finally, LaMancha goats lack the strong smell other goats tend to have. These facts make them ideal as pets.

How Much Milk Do LaMancha Goats Produce?

A LaMancha doe can produce about 3 liters of milk daily, which is equivalent to .79 of a gallon, over a 10-month lactation period. Does can be milked for two years without having to get pregnant again.

How Much Do LaMancha Goats Cost?