There are 69 species on the Australian continent!

Click through all of our Possum images in the gallery. 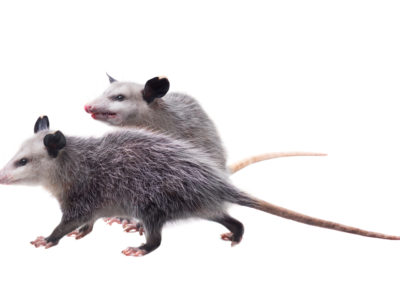 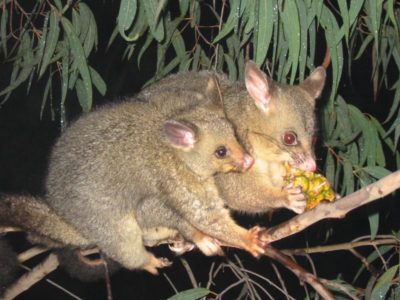 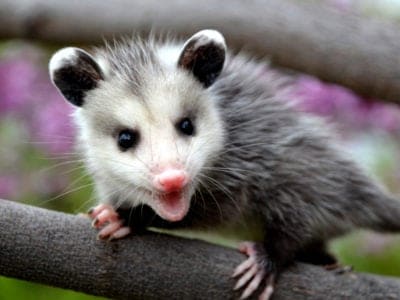 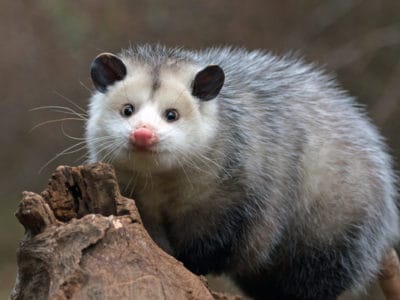 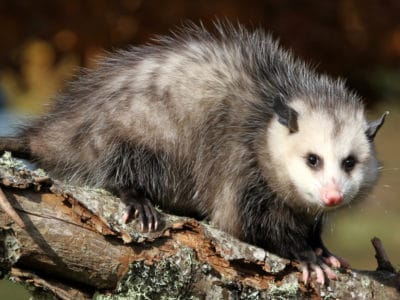 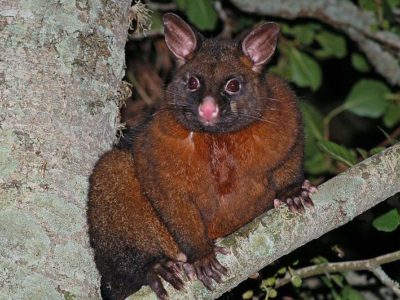 View all of the Possum images!

“The possum is one of the most common marsupials in Australia.“

Possums are nocturnal animals that can navigate tall trees with surprising agility and aplomb. Sometimes living side by side with humans, possums can be seen or even heard scurrying around on roofs or decks at night. The words possums and opossums are sometimes used interchangeably, but they actually mean different things. Opossum refers specifically to the American opossums. Possum, on the other hand, refers to the Australian variety with the scientific name of Phalangeriformes. They belong to different orders but are both examples of marsupials.

The scientific name of the possum is Phalangeriformes, which derives from the Greek word phalanger, meaning spider’s web, in reference to the fused digits on the hind feet. Possums are divided further into several different families and genera. The family of Phalangeridae contains the majority of possums, including the well-known common brush-tail possums and the cuscus. Other variations include the pygmy possums, the ring-tail possums, the trioks, and the gliders. There are some 70 different species of possums spread throughout the Pacific region. They belong to the marsupial order of Diprotodontia along with kangaroos, wallabies, koalas, and wombats.

These traits are generally shared among all possums, but it still exhibits a huge amount of variation, particularly in regards to their size. The smallest species is the Tasmanian pygmy possum, which measures less than 3 inches long and weighs less than a pencil. The largest species are the two bear cuscus, which weighs up to 22 pounds, or about the size of a domesticated cat. Possums vary in other physical characteristics as well. The brush-tail possum has a very furry tail with a naked underside. The ring-tail possum, on the other hand, has a multi-colored tail.

Perhaps the most unique adaptation of all possums is the glider. As the name suggests, these species have evolved large skin flaps between their limbs which enable them to glide through the air. These flaps are very similar to the flying squirrels (which is actually a rodent and a placental mammal, not a marsupial). This is an example of convergent evolution: two separate animals evolving similar traits for the exact same reasons. Most of the gliders occupy the genus of Petaurus, but the feather-tail glider, which has serrated toe pads for climbing smooth bark, occupies its own genus, appropriately named Acrobates.

Possums are animals that vary as much in their behavior as they do in their physical characteristics. The brush-tail possums are nocturnal and solitary creatures that only come together for the breeding season. As the most terrestrial and earthbound of all possums, they can live near human homes and gardens. The ring-tail possums, on the other hand, are highly social creatures that inhabit communal nests known as dreys. These groups usually consist of the male and female breeding pair and the offspring. The aforementioned gliders (including the well-known squirrel glider and sugar glider) have flaps between their limbs to glide between tree branches and the ground below. One species has been observed to travel as much as 65 feet at once.

Possums are fairly docile, omnivorous animals that only act aggressively when threatened. Some of their defensive behavior includes playing dead, growling, bearing their teeth, or secreting a bad odor. When they aren’t hunting, possums spend most of the time grooming or sleeping. Possums communicate with each other (and with potential threats) through both sound and smell. Their suite of alarm calls, mating calls, and location calls include screeches, hisses, clicks, grunts, and howls. They also have scent glands on their chest to mark territory.

The possum is native to the forests of Australia and the surrounding islands of Tasmania, New Guinea, Celebes, and the Solomons. Their most common habitats include rainforests, eucalypt forests, woodlands, coastal shrub lands, and even human neighborhoods. The only thing they need is a relatively dense network of trees in which to reside for protection and food.

Possums have evolved to favor an omnivore diet that includes insects, eggs, and a variety of different plant matter, some of which is poisonous to other animals. If given the opportunity, they will also scavenge on food left over by other animals and people. The exact dietary composition varies based on the availability of food from one location to another, so they can best be described as opportunistic. Some possum species have an enlarged cecum (a pouch in the intestines) to ferment and digest the highly fiber-based foods of their diet. The molar teeth have sharp tips to help them chew through the hard plant matter.

Possums are commonly preyed upon by snakes, cats, dogs, foxes, owls, tiger quolls, and other large predators. Tiger quolls and snakes are endemic to Australia, but many other species were introduced by European settlers and have driven numbers down. Possums have been hunted by humans for their fur, but the biggest threat to their existence is the destruction habitat from both fires and human activity. As was demonstrated by the destructive nature of the 2019 to 2020 bushfires, these incidences are greatly exacerbated by climate change.

Reproduction varies from monogamy (a single mate) to polygamy (multiple mates) and almost everything in between. Only the mountain brush-tail possum has the ability to change its mating system on a whim based on how much food is available in the environment. Males court females with their loud calls and may sire several groups of young throughout the entire mating season.

Once the pair copulates, the female produces one or two (rarely three) viable offspring, typically around the middle months of the year. Some species produce up to 10 offspring, but most of the babies quickly die off, leaving only a few behind. To maximize the chances of survival, the mother finds a comfortable hiding place in tree hollows or abandoned bird nests to carry her young. Only a few species actually construct nests from scratch.

As with many other types of animals, the mother is responsible for the majority of parenting duties, while the fathers contribute almost nothing to their survival. The common ring-tail possum is the only species in which the male also takes a prominent role in caring for the young.

The gestation period is usually quite short. Among the brush-tail possums, it lasts only for 16 or 17 days. The young joeys, as they’re called, crawl from the birth canal into the mother’s pouch for the purpose of feeding on her milk. At this stage, they are still blind and deaf and only measure a few centimeters large. The joeys are so dependent on the mother that their lips will actually fuse shut around the nipple to prevent it from losing contact for the first several weeks of life. Even as it becomes more independent, the joey will stay within the mother’s pouch for protection and security during the next few months. Once it finally becomes too big for the pouch, it will sometimes migrate to the mother’s back.

The possum usually reaches sexual maturity within the first year or two of life. Many fall victim to predators and diseases before they can die of natural causes, so the lifespan of some species is usually no more than 10 or 15 years in the wild. They can live even longer in captivity where it’s safe from most threats.

Population numbers are difficult to estimate, but the conservation status can vary quite drastically by species. According to the IUCN Red List, which is an independent organization that tracks the conservation status of many animals, possums can range between least concern and critically endangered. The brush-tail possum, which is widespread throughout the coastal regions of Australia, has integrated so well into human society that it is a common sight. On the other end of the spectrum, the western ring-tail possum and the fairy possum are both critically endangered. Many species are currently afforded protection by the government of Australia. It is illegal to hunt, trap, or kill many the possums for any reason. Nevertheless, it is estimated that a quarter of Australia’s 27 possum species are currently threatened with extinction.

Possums in the Zoo

The San Diego Zoo, which is one of the few zoos in the United States that has Australian possums of any kind, has a long history with the eastern common ring-tail possums. The original three members (a male and two females) were brought to the zoo back in 1984. After several years without any possums, the zoo received more from the Healesville Sanctuary in Victoria, Australia, but they are not always on exhibit.

What do possums eat?

The possum is an omnivore that eats whatever small prey or plant matter it can find, including insects, eggs, nectar, fruits, flowers, and leaves. It is well-adapted for chewing and digesting tough plant matter that many other species cannot consume.

What kinds of animals eats possum?

With their plump bodies, long snouts, big ears, prehensile tails, and marsupial pouches, possums look a bit like their American counterparts, the opossums. However, there is so much variation within the possum group that this isn’t a precise rule. Some species look more like squirrels or even mice than the American opossums.

Are possums good to have around?

Possums are generally a net good for their native environment because they help to keep insect populations in check. They do occasionally destroy human gardens and farms, for which they may be considered as a pest.

What is the difference between a possum and an opossum?

Opossum generally refers to the American group. Possum refers specifically to the Australian group of the Phalangeriformes. They do share many traits in common, including the pouch and the prehensile tail. But they are otherwise separated by millions of years of evolution.

What Kingdom do Possums belong to?

Possums belong to the Kingdom Animalia.

What phylum do Possums belong to?

Possums belong to the phylum Chordata.

What class do Possums belong to?

Possums belong to the class Mammalia.

What family do Possums belong to?

Possums belong to the family Phalangeriformes.

What order do Possums belong to?

Possums belong to the order Diprotodontia.

What genus do Possums belong to?

Possums belong to the genus Phalangeridae.

What type of covering do Possums have?

Possums are covered in Fur.

In what type of habitat do Possums live?

Possums live in bushland and rainforests.

How many babies do Possums have?

The average number of babies a Possum has is 2.

What is an interesting fact about Possums?

There are 69 species of Possum on the Australian continent!

What is the scientific name for the Possum?

The scientific name for the Possum is Phalangeriforme.

What is the lifespan of a Possum?

Possums can live for 5 to 8 years.

How fast is a Possum?

A Possum can travel at speeds of up to 15 miles per hour.