Click through all of our Sable images in the gallery. 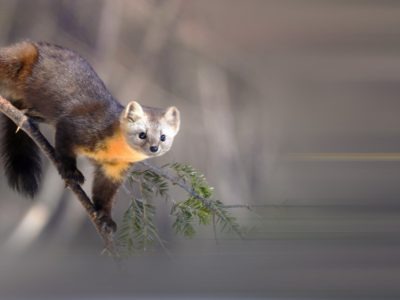 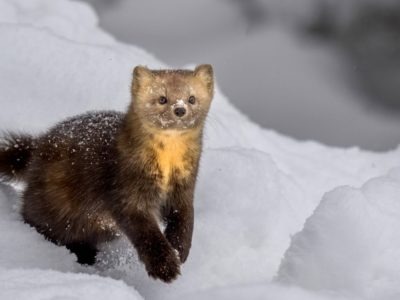 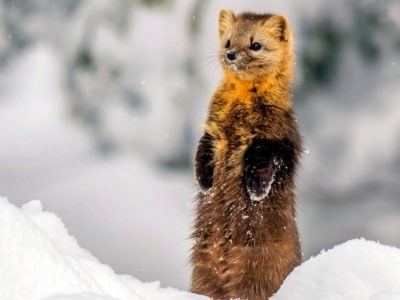 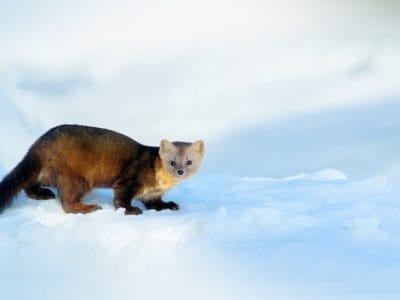 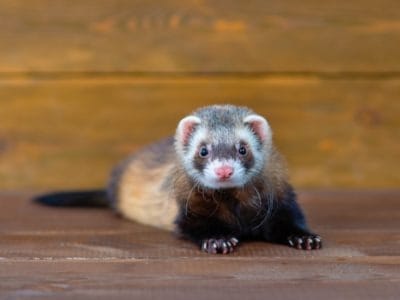 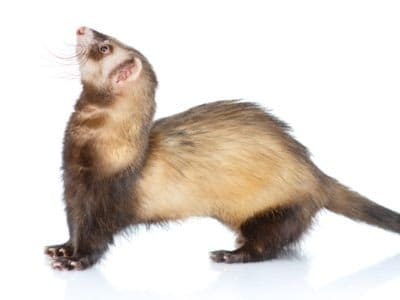 View all of the Sable images!

Sable Fur Has Long Been Cherished for Its Texture and Color

With their smooth, finely tinted coats, sables have long been objects of desire — or, at least, their fur has. The Sable is a forest-dwelling animal that sports a lush, silky coat and spends most of its time alone. Today, sables are animals that are commercially farmed, but large populations still exist in Russian and Mongolian forests. Smaller communities can also be found in other pockets throughout Asia.

The scientific name for the sable is Martes zibellina. It’s a faux Latin combination derived from the Old French word “martre,” meaning “sable martin,” and zibellina, which comes from the Italian name for the animal, zibellino.

Colloquially, the word “sable” has Slavic roots and entered Western European vocabularies during the medieval fur trade. Germans adopted the term “zobel,” the Dutch used “sabel,” and the Spanish “cibelina.” In Medieval Latin, the language used by the Catholic Church in the Middle Ages, created the word “sabellum” to describe the animal.

These animals are between 13 and 22 inches long from head to backside. Their tails tack on an additional 5.1 to 7.1 inches. They usually tip the scales between two and four pounds. And typically, males are larger than females.

Sable fur is unique in that it’s smooth in all directions. When you brush it against and with the grain, it feels the same. However, the texture changes slightly with the seasons. Winter pelage is longer and more lush than summer fur. Coloring is geographically dependent, but all species are some shade of brown or black. Several populations also sport lighter patches around their throats.

Genetic cousins to pine martens, these animals are similar looking, except their hair is silkier, their heads and ears are shorter, and their tales are proportionally shorter.

Depending on food availability, their home territories are between 1.5 and 11.6 square miles. Most of the year, they’re crepuscular hunters — meaning they’re most active at dawn and dusk. However, during mating season, sables are out and about during the day as well.

For the most part, Sables are solitary animals and only convene for breeding and child-rearing.

Forest-dwelling residents of Russia and Mongolia, these animals are most plentiful in the Ural and Altai Mountains. Smaller populations also exist in parts of China and the Korean Peninsula.

As great climbers, they prefer habitats filled with spruce, pine, larch, cedar, and birch. Typically they burrow near riverbanks and deep in thick woods. Sables build lodges around tree roots, which serve as structural reinforcement. Inside, they carpet their dens with grass and shed fur.

These animals are omnivores whose diets change seasonally. Because of their relatively small size, they are prey for larger carnivores.

What Do Sables Eat?

In the summer, sables primarily feast on hares, eggs, and other small mammals. During winters, they incorporate wild berries and rodents into their nutrition rotation. Sometimes, they stalk wolf and bear tracks in search of leftovers. And occasionally, they’ll eat fish caught with their front paws.

Currently, the International Union for the Conservation of Nature categorizes sables under Least Concern. The populations remain stable, and some are even growing.

June through mid-August is the sable breeding season. To win over mates, males rumble like cats — often violently. When pairs form, they couple for eight straight hours! However, females don’t become engorged immediately. Instead, it takes eight months for implantation to occur. As such, their gestation periods are 245 to 298 days, but embryonic development only lasts 25 to 30 days.

These animals give birth in hollowed trees. To prepare for the event and ensure newborns’ comfort — they build nests of moss, leaves, and dry grass. Litters can range in size from one to seven cubs, but two or three is the norm. Babies are born with closed eyes and weigh between .88 and 1.23 ounces. Typically, they’re about 3.9 to 4.7 inches long.

After about a month, pups’ eyes open, and they leave the nest shortly after that. At two years old, they reach reproductive maturity and start having cubs of their own.

During the baby’s early days, mothers nurture and suckle the young, while fathers defend the nest and forage food.

How long do these animals live? In the wild, the average individual makes it to 18. In captivity, sables’ lifespans are about 22 years.

Pine martens and sables can and do interbreed in the wild. Their offspring are called “kidus.” Smaller than full sables, the hybrids also have coarser hair, and almost all are sterile. However, there is one known instance of a female kidu successfully mating with a pine marten.

Sable subspecies is a hotly debated topic. One school of thought insists only seven exist. Others believe there could be 17 or as many as 30.

By the 20th century, these animals were nearly extinct from excessive hunting and poaching. However, commercial farming supplanted wild hunting, and sables experienced a resurgence. Their growth was aided by a Russian reintroduction initiative that lasted from 1940 to 1965.

In terms of population numbers, researchers estimate that over 2 million individuals are thriving in the wild. According to some accounts, their numbers are rising, not declining.

Are Sables Carnivores, Herbivores, or Omnivores?

Sables are omnivores, meaning they eat both meat and plants.

What Is a Sable?

A sable is a medium-sized animal in the Mustelidae weasel family. Sables are most frequently associated with Russian wildlife, and the country has a long tradition of valuing the animal.

What Color Is a Sable?

Depending on location, sables’ colors range from light brown to black. Some populations have lighter patches around their throats. In the heraldic tradition, sable is the word used for black.

Can Sables Be Pets?

Sables do not make good pets. They have sharp teeth and bite. Attempts at training them have proved futile. However, sables are commercially farmed for their fur.

Is a Sable a Mink?

No, sables and minks are not the same animals. Their furs are different colors, textures, and weights. Plus, minks are slightly smaller than sables.

Where do Sables Live?

Sables mainly live in Russia and Mongolia. Smaller populations survive in parts of northern China and the Korean Peninsula.

What Kingdom do Sables belong to?

Sables belong to the Kingdom Animalia.

What phylum do Sables belong to?

What class do Sables belong to?

Sables belong to the class Mammalia.

What family do Sables belong to?

Sables belong to the family Mustelidae.

What order to Sables belong to?

What type of covering do Sables have?

Sables are covered in Fur.

In what type of habitat do Sables live?

What are some predators of Sables?

What is the scientific name for the Sable?

The scientific name for the Sable is Martes zibellina.

What is the lifespan of a Sable?

What is a baby Sable called?

A baby Sable is called a cub.

What is the biggest threat to the Sable?

The biggest threat to Sables is poaching.

How many Sables are left in the world?

There are 2.3 million Sables left in the world.

What is an interesting fact about the Sable?

Sable fur has been considered a luxury item since the Middle Ages.

How many babies do Sables have?

The average number of babies a Sable has is 1 to 7.